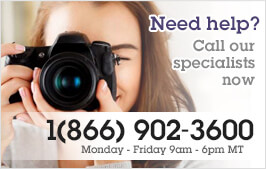 It's an amazing product. From before & after shots of commercial buildings hit by damage, VPiX CSI:360 is the only product we use and highly recommend.

CSI:360 works with the cameras you already own. CSI:360 lets you keep and work with your own Canon or Nikon cameras. This saves money because you just need to order the upgrade kits. Or you can order the complete kits with cameras, too. Learn more about what CSI:360 can do for you.

Learning Curve: About 1 hr and 20 minutes CSI:360 takes less than 2 hours to learn. This includes learning how to take the 360 X 360 panoramic shots, stitch them, and upload them to your CSI:360 cloud account. Point, click, drag and save. Your crime scene has hot spots, crime scene notes, yellow digital evidence markers and floating maps and floor plans. The District Attorney's office will think your detectives "walk on water."

Host with Rackspace or Your Own Data Center. Create your CSI:360 account instantly with less than 1 hour spin up time of your account. We also offer complete server hosting solutions at Rackspace or we can remote install a CSI:360 server onto your server hosted at your own data center. Learn more and get an instant quote today.

CSI360 is a division of
Virtual Pictures Corp